Hydrogen Energy Will Be Incorporated Into China's Terminal Energy System 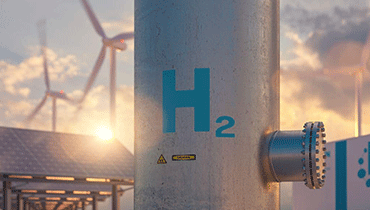 In recent years, with the rapid development of hydrogen energy industry and technological progress, the promotion of hydrogen energy application is also accelerating. Li Xianguo, academician of the Canadian Academy of Engineering and chairman of the Fuel Cell Branch of the International Hydrogen Energy Association, pointed out that at present, fuel cell technology has developed to the fifth generation, with many possible application scenarios.
According to Qin Zhidong, vice president of business of Foton Automobile Co., Ltd. and president of Zhilan New Energy, the global hydrogen energy industry is at the initial demonstration stage and the exploration stage of business model. It is expected that it will enter the commercialization stage after 2030. “With the gradual improvement of the industry, the hydrogen energy era of commercial vehicles in China has begun.” Qin Zhidong said that unlike the development path dominated by passenger vehicles abroad, China’s hydrogen fuel takes commercial vehicles as the starting point and is in a leading position in the world. By the end of June 2022, more than 270 hydrogen refueling stations have been built in China.
In the development process of domestic hydrogen energy industry, the entry of large central energy enterprises has provided important support for the industry to mature. According to Jia Wenli, vice general manager of Sinopec Beijing Petroleum Branch, Sinopec has rich experience in hydrogen production and hydrogen use and strong R&D strength. The scale of hydrogen production and utilization is leading in China. It has a developed transportation and energy sales network and the advantages of integrated development of upstream, midstream and downstream industrial chains.
“The development of hydrogen energy industry is a strategic choice for Beijing to cope with climate change and achieve green and sustainable development.” According to Peng Xuehai, during the “Fourteenth Five Year Plan” period, Beijing will give full play to its advantages in gathering scientific and technological resources and human resources, strengthen policy guidance and industrial cultivation, promote hydrogen energy technology innovation, demonstration application and industrial development, strive to build Beijing into a hydrogen energy industry city with international influence, and promote the layout of the entire industrial chain in Beijing Tianjin Hebei.
“Changping District ‘Energy Valley’ is the main bearing area of Beijing’s advanced energy industry.” Yang Renquan, Executive Deputy District Head of Changping District People’s Government, said that Changping District has formulated an action plan for the innovation and development of hydrogen energy industry, issued “16” precise support policies, and prospectively laid out a number of leading projects such as “hydrogen for the future”. It has formed a complete chain from hydrogen production, hydrogen storage, hydrogen fuel batteries to engines and cars. With remarkable advantages in innovation and development, it has become the main support for the development of advanced energy industry in Changping.