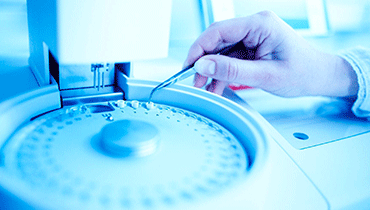 Thermal and thermomechanical analysis are essential in the characterization and study of modern polymer materials. This handbook shows how thermal analysis techniques may be used to study the behaviour of thermoplastics, thermosets and elastomers to provide data on physical properties, transitions, aging, the effect of fillers and additives, and the effect of production techniques.

All of these parameters are discussed and the pitfalls pointed out in the context of thermoplastic polymers. In addition new DSC techniques were used including TOPEM, a new temperature modulated DSC technique, introduced by Mettler-Toledo where stochastic temperature pulse modulations are superimposed on the underlying rate of a conventional DSC scan. This means it is possible to distinguish frequency-dependent phenomena from frequency-independent phenomena and this has application to both glass transition and crystallisation.

In section three the subject of thermoplastic polymers is continued with TGA, TMA and DMA techniques used to examine effects such as decomposition, expansion, cold crystallization, glass transition, melting, relaxation and recrystallization in PET. TGA, TMA and DMA all yield valuable complementary information to DSC measurements. TMA was elaborated on in connection with dilatometry (measurement of shrinkage) and penetration measurements. A comparison of all four techniques used in these two sections showed a good agreement of results as often a particular effect can be measured by different thermal analysis techniques. These two sections also gave good analytical methodology where polymers are first investigated by TGA, then by DSC and TMA, and finally by DMA to obtain a comprehensive physical and mechanical profile.

The thermosetting polymer KU600, an epoxy resin derivative used as a coating material for electrical and electronic components, was analysed by DSC, TGA, TMA and DMA in sections four and five. The experiments here demonstrated how a combination of thermal methods can be used to determine the activation energy/kinetics of heat promoted changes in the polymer during curing as well as specific heat capacity (Cp) and Young’s Modulus. Both of these measurements bear upon the overall stability of the material when it is used in electrical applications. These sections also examined adjunctive methods, such as:

The various methods used in this series of experiments on KU600 showed that the different techniques provide agreeing values for glass transition, which is excellent validation for these methods.

These experiments showed that different techniques are complementary and may be used to characterize the same processes such as the glass transition, melting, and crystallization depending on the physical and mechanical characterization required.