Transform Sewage and Sludge to Biosolids 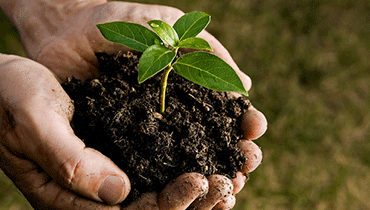 For more than four decades, biosolids have been applied to land and studied by researchers for many useful purposes- MADISON, Wis.. Biosolids are a product of the wastewater treatment process. Yes, that means sewage. However, the sewage is treated carefully to ensure it has beneficial properties and is not harmful.

Biosolids are produced by separating liquids from the solids in wastewater. The solids are then treated to produce a semisolid that is nutrient rich. Jim Ippolito, a professor at Colorado State University, is an expert on the years of work on biosolids and its benefits. He and a colleague, Ken Barbarick, recently reviewed 45 years of biosolids land application research.

“All of this research occurred in Colorado, which in and of itself is amazing. Most other states don’t have the same level or depth of research history,” Ippolito says. “Regardless, we highlight early work where scientists were using basic soil science knowledge to tackle the use of this product. We also discuss current discoveries where biosolids improve soil health in various ecosystems.”

When and why did the use of biosolids begin? It can be traced back to the United States Clean Water Act of 1972. The act gave the Environmental Protection Agency a mission to govern potential water pollution. Part of this was setting standards for municipalities to meet when cleaning their wastewater prior to discharge. Cleaning wastewater generates biosolids, which also have federal regulations.

“As far as I know, there are no other biosolids review articles that span the timeframe between the creation of the Clean Water Act to present,” he says. “This overarching review article is a one-stop shop for anyone interested in the beneficial reuse of biosolids. Our research highlights the benefits of biosolids land application to raise plants to feed animals, to raise crops to feed people, and to do these things safely.”

Over the years, scientists have found many benefits of biosolids. One is that biosolids can be applied to semi-arid agricultural areas and supply crops, such as wheat and corn, with more of the mineral, zinc. This means that humans and animals can benefit from zinc consumption by eating these crops. This is particularly useful while billions of people across the world do not get enough zinc in their diet.

“Micronutrients, like copper and zinc, found in biosolids actually come from the entire municipal infrastructure, such as copper piping and zinc solder,” Ippolito explains. “They are likely also present because they are necessary nutrients for plants, animals, and humans. Furthermore, we shed these and other elements when we go to the bathroom. They concentrate in biosolids along with copper and zinc from the municipal infrastructure.”

Biosolids have been found to improve the health of the soil in semi-arid grazed rangeland settings to allow plant growth as a source of food for cattle. In the face of a rapidly changing climate, it can make the landscape more resilient. Ippolito says that findings like these are highly valuable because one third of all land in the United States is rangeland or pastureland.

Additionally, biosolids have been tested and found to be useful in other applications, such as when a landscape is recovering from a forest fire or when land has been mined. They provide energy for soil microorganisms which, in turn, improve nutrient cycling that helps plants thrive across landscapes.

“We’ve done a lot of good for the state of Colorado and other similar states in terms of beneficially reusing this product that would otherwise be landfilled,” Ippolito says. “Why throw away something that is beneficial? I’ve essentially modeled my career around ways to use biosolids and other products to improve environmental quality in a sound manner.”